I have a thing about fairs.  I have a wish-I-was-a-farm-kid, run-away-and-join-the-circus kind of fantasy going on – still. I was a city kid, but grew up within walking distance of the Minnesota State Fair and went to all 10 days of it, year after year. Each night I sat on my rooftop and watched the evening fireworks. It felt like my own personal party.

I especially liked to go to fairs early in the morning when there is still a little dew on the grass, booths are setting up, 4H kids were tending their animals. Most of all the people were not yet crowds and farmers predominated.

I greatly anticipated my rituals – pizza from my favorite food truck, cheese curds and milk shakes from the dairy building and my beloved corn dog, aka pronto pup, aka BANQUET ON A STICK!

To say it was all about food would be a lie. To me, fairs are about connections, real and imagined.

My favorite pizza truck was run by a family with a young son. Every year I searched for their truck, waited in the long line, noticed how their young son had grown and they had aged from the past year and ordered my slice. It seemed they remembered me from the previous year – but I saw the same look of familiarity on their faces for the next customer in line. “One pepperoni please” was all I ever said to them.

This past summer I used my underemployed status to catch up on fairs in northern Colorado – 7 fairs in 30 days – with a camera and enough money to satisfy my fair food addictions.

I went early to the first Colorado country fair and was not sure this is a good idea since county fairs are not state fairs – smaller in scale, fewer in people, fewer early morning eating opportunities. I finally found a food stand that was serving. It was, as the purveyor (who has enjoyed an over abundance of his own fine cuisine) – “the first to open and the last to close” every day at the Boulder County Fair. After what seemed like an eternity (because I was the first corn dog of the day), he handed me the most beautiful dog I had ever seen. (And that’s saying a lot coming from me cause I’ve eaten them from Paul Bunyan Land in northern Minnesota to the Auckland Zoo in New Zealand and numerous ports in-between). Fresh, crispy, hot and mustardy. “Beautiful” I said smiling and caught his eye. “Beautiful corn dog for a beautiful lady” fell from his mouth like truth. Is it any wonder I’m hooked? 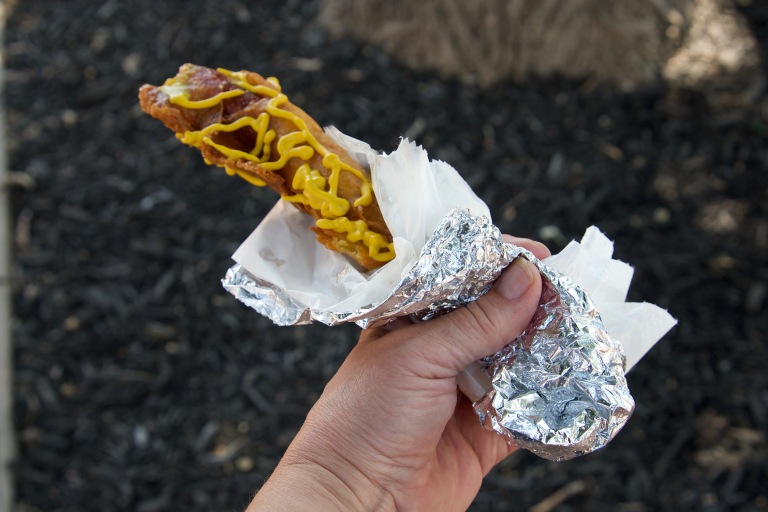 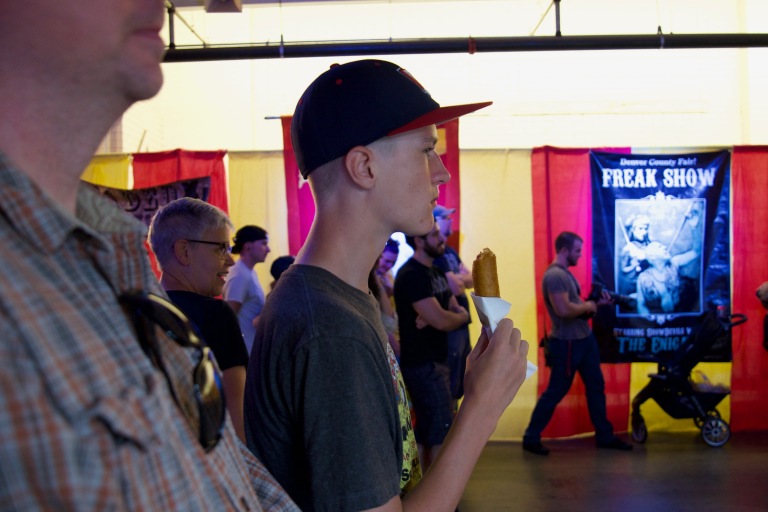 Times have changed and so have freak shows. I remember the time “gorilla woman” escaped from her cage and an actual lawsuit ensued from a woman trampled while fleeing from the dark tent amid overturned folding chairs. Now a tattooed sword swallower tells cheesy jokes with a chain saw hanging from hooks in his face. Its not that I am nostalgic for the past, but am, a bit, unimpressed with the present.

Walking through exhibition halls invites dreaming. I dream of being a talented quilter, an un-stung bee-keeper, a slap-down pie-making-marvel, an inspire-to-greatness 4-H leader, an insightful-canner, a world-famous-photographer. Getting older begs reflection on lost hopes, un-embraced desires and crazy notions. Old people think the past is better, because their un-lived dreams live there. Mostly I dream of being a part of something and what shows more connection than a county fair?

I always wondered who decided which was the best blackberry jam, or pumpkin or quilt. It turns out that sometimes it is the person who asks. I was a pie judge at a county fair my first year as a new veterinarian in a small Oregon town. In addition to a blue ribbon, the winner of this unique contest received a brand new stove. Stove winners from years past de facto ran the show and encouraged the decision with the team of mostly powerless judges. Is my perfect pie, your perfect pie? Peer pressure reigned and even the local newspaperman judge crumbled to the old stove winner on the “prize winning“ pie. In the end I got to be a pie judge (a pretty awesome entry in my “life resume”) and eat some pretty darn good pie – a stove was won by a dues paying up-and-coming pie maker and a tradition was passed on.

This year I  checked goats, sheep, llamas, alpacas and dogs into my local country fair. I talked with kids who were showing and parents who were supporting them. I think this may be the real reason I became a vet – and also a way for me to gain the status necessary to be a pie judge. 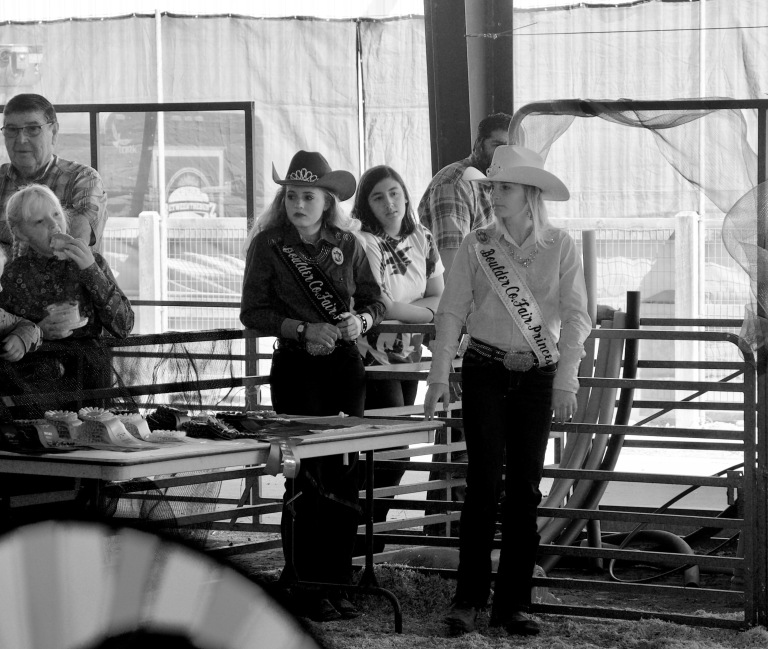 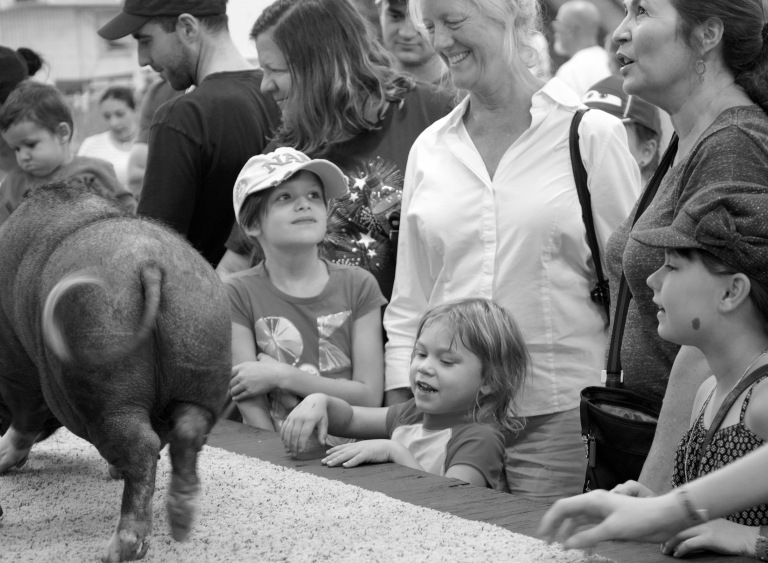 People pretending to be chickens, pigs doing math – I think people and animal watching is the best things about a fair. The chicken imitation was a tie! 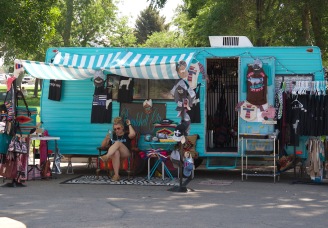 I hope someday, someone writes a nice note about me and posts it at the fair. 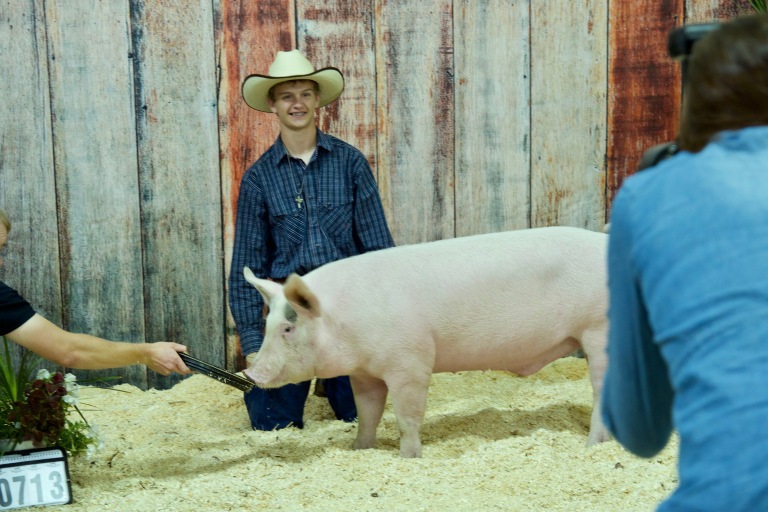 Photos are worth a 1000 words, but I wish I had even a 100 of the 4H kids’ words to explain these photos. Next time I’ll start with “what’s your rabbits name” and follow with the questions that come after someone starts talking.